Raise up a child

in Uncategorized · by Jason · 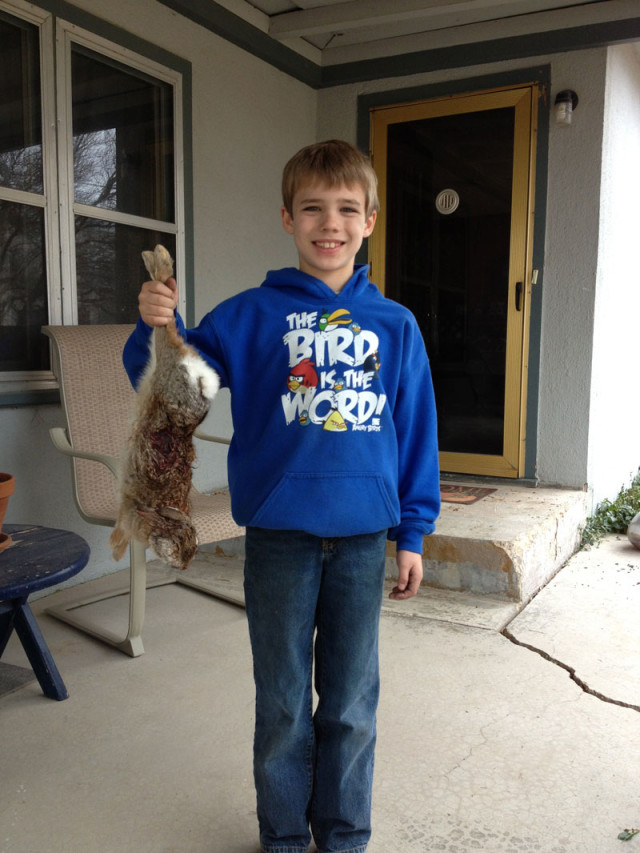 Proverbs says “Raise up a child in the way he should go, and when he is old he will not depart from it.”  Along with faith, hunting has been a part of my family heritage for generations.  Christmas Eve 2012 I was able to take my boys out hunting at my in-laws.    After hundreds of rounds fired in practice sessions over the last 4 years, my 8 year old son Jonathan was able to harvest his first cottontail.  He used my Ruger  10/22, a semi-automatic rifle with a 25 round magazine.  In spite of the media blitz following the tragedy in Connecticut, there are nice, kind people in the world who use such “terrible” rifles for legitimate purposes.  The shot was unremarkable, and the rabbit dinner this evening won’t likely be as tasty as last night’s turkey or tomorrow’s ham, but I hope the lesson sticks.